Make sure you lock up your rum and gold as Captain Jack Sparrow be making port in Kirkintilloch for Gala Sunday accompanied by the scurvy pirate legend that is Barbossa!!

They be both on a mission to recruit new ship mates fur the Black Pearl and the Flying Dutchman so keep a weathered eye on the horizon for them mates!

Team Jack and Team Barbossa be loaded with pirate treasure so be sure to consider either sailing on the Black Pearl in search of Treasure or being imprisoned at sea on-board the Flying Dutchman!!

Captain Jack and Barbossa will be following their compass/eyepiece to award a very special prize to the best dressed at the Gala Sunday, dress as an individual or dress up the whole family!!

Costume competition is open to all ages and costumes!! 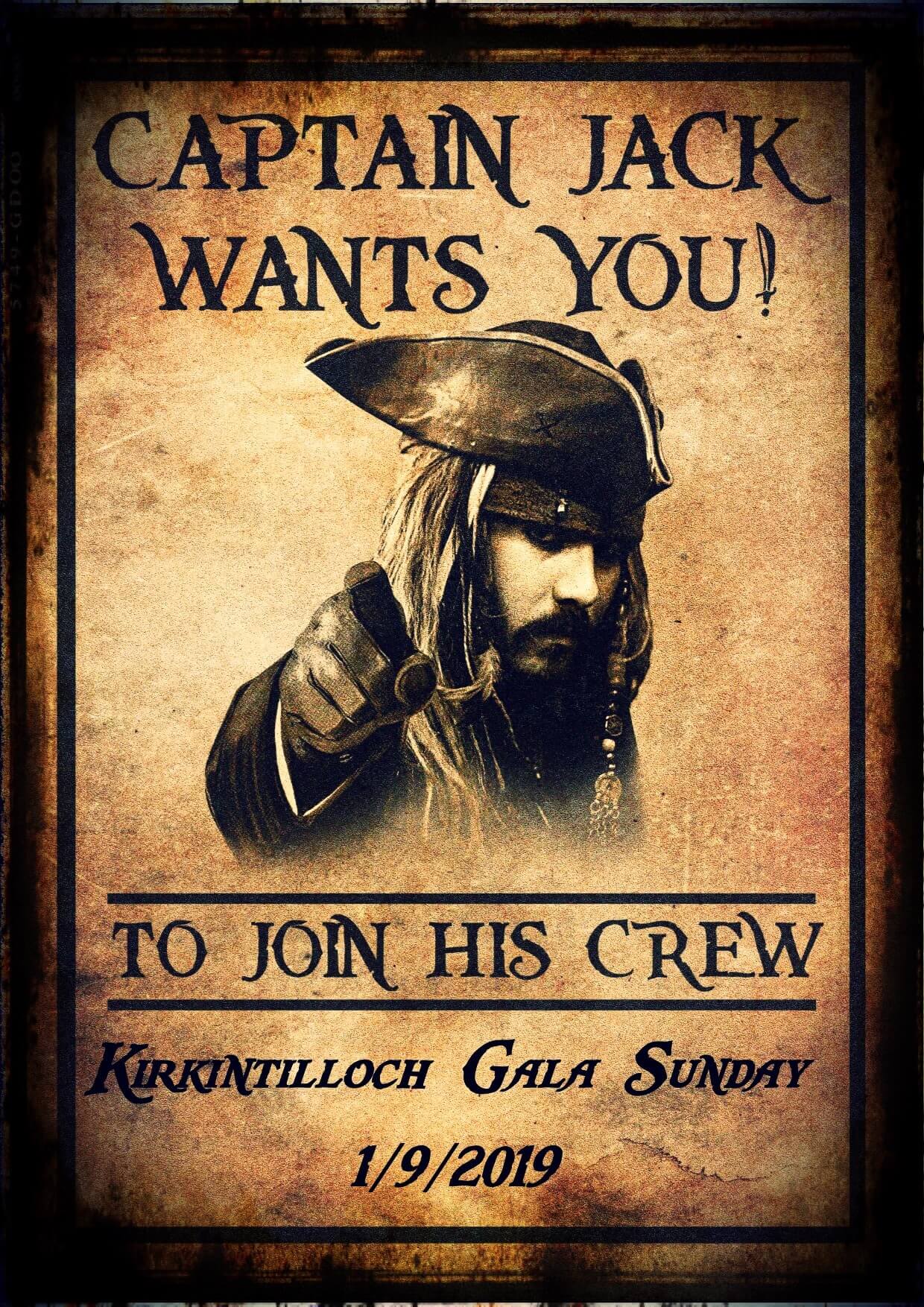 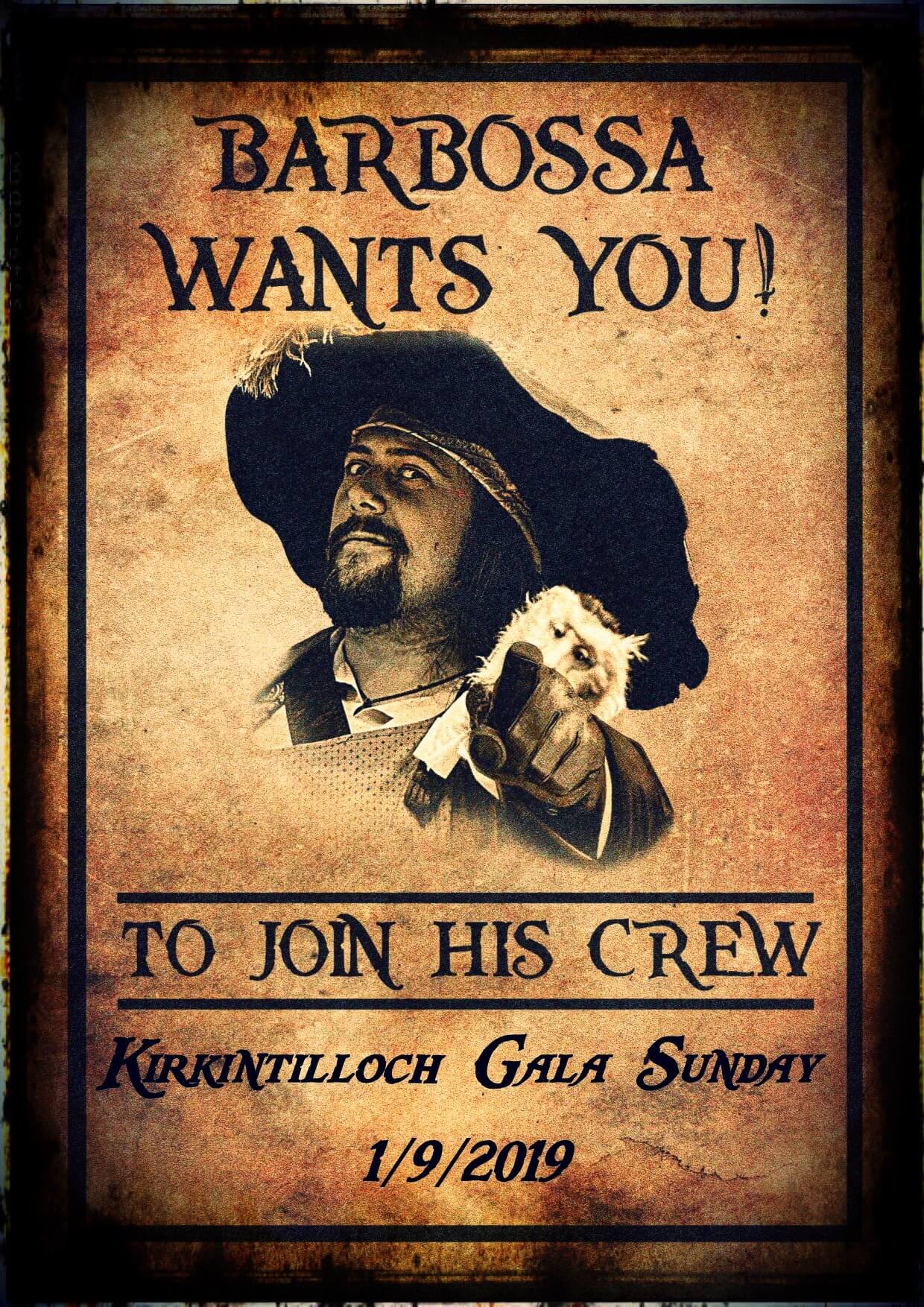